“Are you my people? Oh, no, you’re the North Americans who signed in yesterday!”” exclaimed the wildlife ranger as we were enjoying sundowners on the second night of our self-drive through Botswana.  Still confused, we asked who it was that he was looking for?  “Oh, there were reservations for people who did not show up last night and I am worried.  It is the rainy season and the roads aren’t good.  People get in to trouble when they are stuck and I want to make sure they are safe.”  He was looking for the people who were supposed to be at the camping site last night but didn’t show up.  As is common in Africa, we spent the next 20-30 minutes chatting with him about travel, the rainy season, what life is like in America, and the antics of our current President.  He thanked us for signing in to the register he had left at the gate as he had to leave the post to go search for the missing campers.  “I don’t remember the last time we had someone from North America” he quipped “they usually go on guided safaris.  The Europeans, though, especially Germans and Dutch, they come here in herds.” 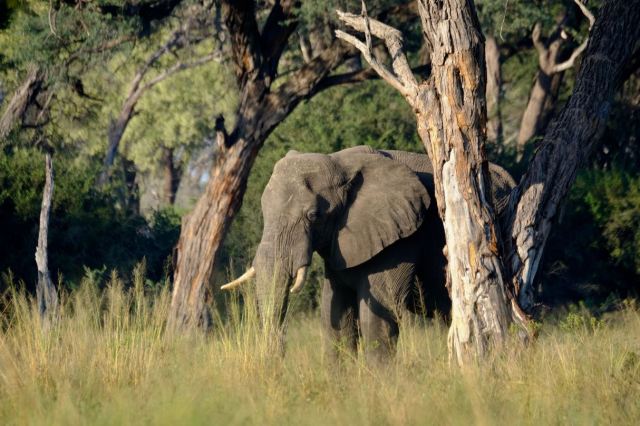 We had driven to the camp site from the ‘undeveloped’ side of the Chobe National Park but had not seen anyone stuck so could not help him locate his “people”.  In fact, we only saw three cars on the entire 5-hour drive in. It is not a common route, even for self-drivers.  We had met another group of ladies from the Netherlands who got stuck the night before and had to set up camp in the bush while they waited for someone to come along to pull their trucks out of the quagmire that is Botswana during the rainy season, but no one else.  We, too, had almost been stuck in an impossibly deep ‘elephant hole’, but Colburn’s solid driving skills and 4-low gearing on the truck kept us moving along safely.

Independent traveling, and especially self-driving, in Botswana is amazing.  Although driving on the bush roads can be extremely challenging, there is a strong tourist infrastructure that makes the process very enjoyable.  We noticed the difference as soon as our ferry crossed the Zambezi River and we left the border crossing.  There is organization, development and order.  Tourism is well-established.  Heaps of white 4×4 trucks like ours – fully kitted out with roof-top tents, spare fuel tanks and recovery gear – ply the roads in a steady stream.  This means that there is usually help close by so even if you don’t have to have a lot of experience, you will likely be ok. 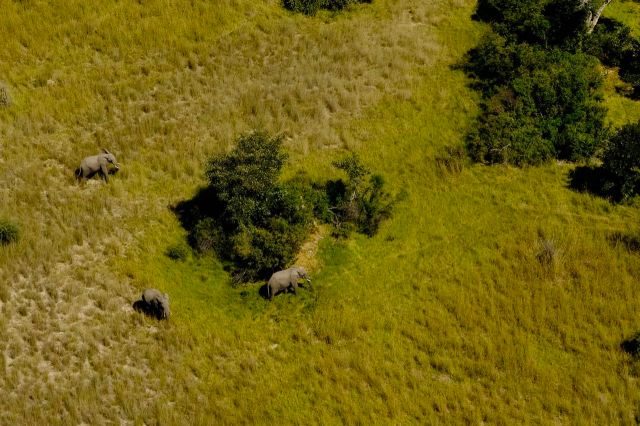 As we pulled in to the first town, Kasane, we were blown away to find Nando’s (a South African chicken fast food joint), a Puma Fuel Stop that accepts credit cards, and brand-new Shoprite all in one shopping center!  It was almost overwhelming.  After so many months of being the only white people (other than the volunteers we worked with) around, we were suddenly surrounded by them.  They were in the grocery stores.  They were on the roads.  They were in the markets and towns, just going about daily life.  We all felt as if our adventure had come to an end and now we were simply another tourist dollar.  That feeling, however, was short lived as the bush in Botswana is so amazing that sharing it with other tourists is a joy, not an imposition. 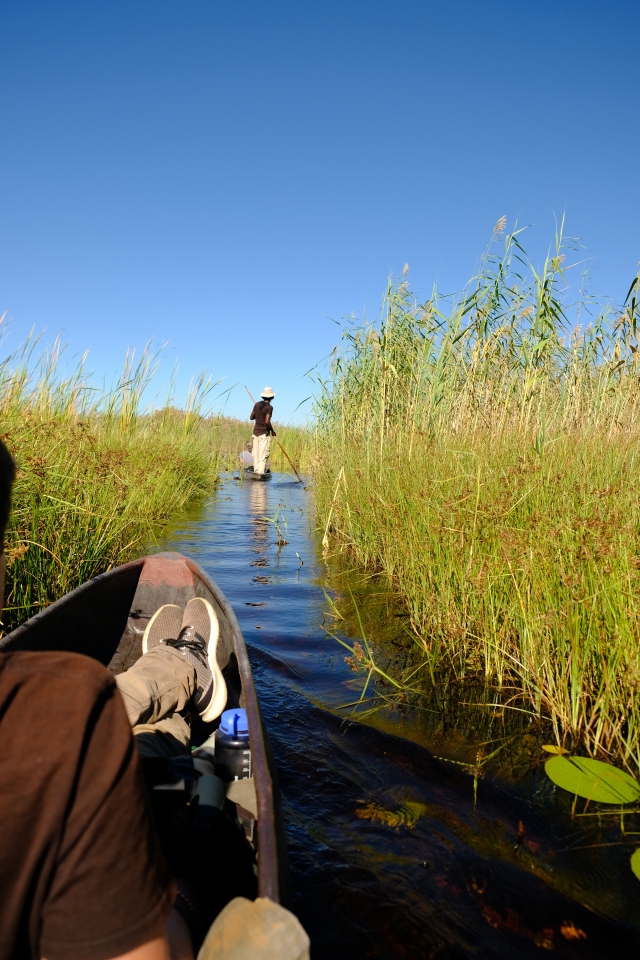 We planned a six-day self-drive through the Chobe-Savuti-Khwai-Moremi areas in the north-west.  As it was the end of the rainy season, we did not expect to see much game, but the landscape is amazing and the sense of remoteness inspiring, so we went anyway.  On our first night, we were the only people in camp.  The camp guard had warned us not to walk to the ablutions (toilet/shower) after dark as there are many animals in the area including lion and elephants.  Having learned from our experiences in Tanzania, we ate and were in the roof-top tent by sundown. A few hours later, a herd of elephants surrounded our truck, loudly munching on the vegetation and shuffling back and forth.  We could hear them breathe, hear their stomachs rumble (it sounds like plumbing backing up), hear their footsteps and even smell their earthy mustiness.  They had a little tussle where we could hear the tusks clanking together, but they never bothered us.  It was extremely exciting to have them so close.  Both Lucia and I had dreams that they bumped against the car, but we really don’t think it actually happened – we were just so close that it felt like they could.  In the morning there were torn branches and footprints, but nothing else.

Our fourth day was spent doing the ‘sand ridge road’, a long high slog through impossibly deep sand. We had enquired at the gate as to the condition of the road and were told it was “fine”.  In reality, it was fine, but extremely tiring to drive.  The washboard which develops in the tracks is deep, so much so that the truck ‘dances’ from side to side, jostling the contents and passengers in an unending carnival ride.  It’s fun for about 10 minutes, but three hours of it is exhausting. Towards the end of the sand road, we came across a safari truck which had buried itself in the deep tracks.  We had not had to use our sand tracks yet so pulled them out and helped them free their vehicle.  Unfortunately, they did not have four-wheel drive so soon became stuck again.  We repeated the process several more times until a larger vehicle (six-wheel drive) came along to help.  Such is life in the bush – while help may not be immediate, when someone comes by they stop and do what they can to assist.

Getting to our final camp was the last great adventure of our trip.  There are two main roads that lead to the camp – the normal route and the ‘dry road’ which is used during the rainy season.  Although the ‘dry road’ is longer, it avoids a large swampy area that is impossible to pass once it rains.  When we registered at the gate, the ranger reminded us to take the dry road as there was still significant standing water on the other route.  She said that the ‘dry road’ is well marked so just keep our eyes open and all will be good.  The ‘dry road’ is not labeled as such on our navigation app (Tracks 4 Africa) so we just followed the normal route but were keeping an eye out for signs to the ‘dry road’.  We picked our way through some dense brush and along bumpy tracks, but the road was dry and definitely passible.  At one point, there was a road which went off to the left around a very large puddle. Typically the other end of such a bypass meets up with the main track after a few hundred meters, but this one did not.  It twists and wound its way through dense scrub and low-growing trees for nearly a kilometer.  We had to drive over smaller trees and through the scrub, turning tightly to fit between the larger trees, but since the terrain was dry, we were ok with it. Eventually the path came back to the well-worn track and we were confident that we had found our way…. that was until the track descended in to a huge body of shallow water, more like a lake than a puddle, and definitely not crossable.  As I consulted the map to find possible routes around, a guy in a truck came out of what seemed like nowhere.  He pulled up alongside us and casually asked, “Hey, where you headed?”  in an American accent. When we told him, he smiled and said, “You probably want to take the dry road, this way will ruin your holiday!  I’m only here because I have to check on things.”  It ends up that the sign for the turn-off for the dry road was not visible from our direction because of the puddle bypass.  Coming from the other direction it was obvious.  Crisis averted through the kind guidance of strangers, we continued on our way.

Our final camp, Third Bridge, is located on the far side of the third bridge you cross over a slow-moving but wide river and surrounding marshes.  Following the directions on our navigation app, we approached the ‘first bridge’ with a bit of trepidation.  Made entirely of local logs strung together with unknown hardware and an unknown foundation, it looked quite rickety and squeaked and creaked so much that it was quite disconcerting.  We proceeded slowly, carefully, wondering the whole time what would happen if the entire bridge collapsed under our weight.  About half way across, we still couldn’t see the end of the bridge.  Colburn’s pre-trip reconnaissance had found that this happens with sometimes – the bridge ends in a large pool of water – a ‘wet exit’ – which must be traversed. This looked as if it ended in the reeds of the Okavango without a track to follow, not exactly what we wanted to do but also not completely unexpected.  Scanning around to see if I could see tracks anywhere on the other side, I spotted a lovely and much newer bridge just a hundred meters to our right that had a clear exit point!  We were on the old, retired bridge that hadn’t been used in years so had to reverse our way back across to find the road and the entrance to the newer bridge. The second bridge was short and easily crossed without concern.  The third bridge was one that knew had a ‘wet exit’ so were not surprised by the large pool of water at the end.  We were, however, a bit surprised by the depth! 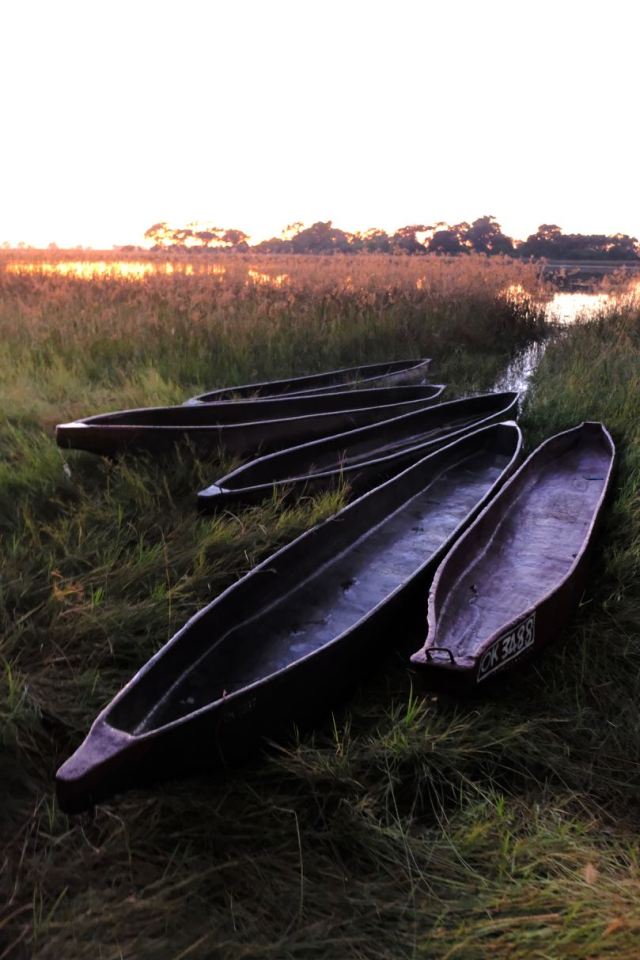 In the end, all was well and we thoroughly enjoyed our time there.  Botswana has adopted a high cost-high value approach to tourism. This means that the costs of visiting here are significantly higher than in the surrounding countries like South Africa, Zimbabwe, and Namibia.  It also means that there aren’t as many people so the wildlife isn’t as impacted by human presence.  The wildlife was not as abundant as we had hoped for, but there were plenty to keep our attention and we even had wild dogs running past our camp one night.  The infrastructure is well developed so it is completely possible to do it on your own, but only if you have a sense of adventure because as Dorothy said in the Wizard of Oz, “we’re not in Kansas anymore!”

1 response to Are You My People?