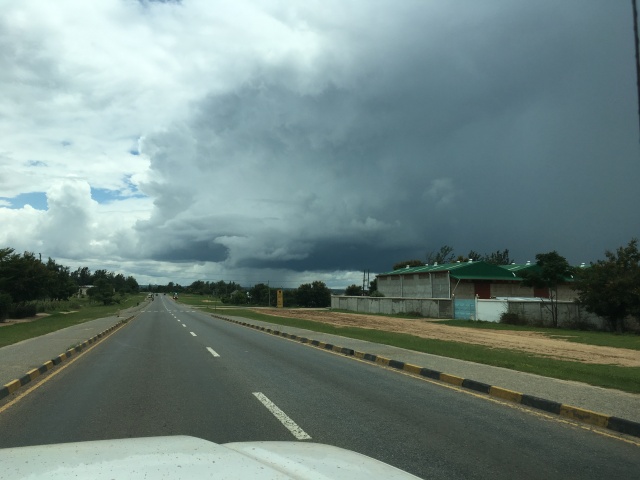 Please note that much of the following description of our time in Rwanda may be very disturbing if you are not familiar with the Rwandan Genocide. We absolutely enjoyed Rwanda, but the history is full of pain.

Now often considered the rising star of East Africa, Rwanda is a place different from the others in the area. It is a small country, about the size of Massachusetts, set high in the tropical mountains of the middle of the continent. Some of the differences immediately noticeable; the roads have edges and center lines, there are raised sidewalks for pedestrians, large buses are running regular routes not just the mini-bus sized matatu/chapas/daladalas of the other countries, groups of women and men chatted and laughed together as they were returning from work in the fields, and we even saw a garbage truck that gathered refuse – all novelties for us in Africa. In 2008, Rwanda implemented a complete ban of plastic shopping bags so it is far cleaner than any other country in the area. Just this year, they have banned the importation of cheap second-hand ‘vintage’ clothing from the United States and Europe in order to support their own textile industry. Other things we could not see directly but rather saw the effects of indirectly. Rwanda has a higher percentage of female representation in Parliament than any other country in the world. Although only 24 of 80 seats are ‘reserved’ for women, they hold over 60% of the seats in the main legislative body. Overall, women have a larger role in society than most other countries, especially in sub-Saharan Africa. To understand how all of this this came to be, one must understand the genocide of 1994 and its aftermath. Learning more about these aspects was our main goal for visiting the country.

The history of Rwanda is complicated. As with many African areas, colonization granted privileges to some groups over others which increased animosity between the groups that did not exist prior to external influences. The interesting part is that the groups did not differ by language or culture, but rather by occupation – Hutus were the bulk of the population and agriculturalists where Tutsi were the ruling class but fewer in number. Members moved between the groups depending on their affiliation. The third group, the Twa (pygmy), have always been marginalized even though they were the original inhabitants of the area, and shared both language and culture with the other two groups but received no role in society.

Colonized initially by Germany and then Belgium after World War I, the Tutsi were favored by the colonizers as the privileged class and held many positions of power. Following World War II, simmering tensions rose until the Hutus began revolting violently against the Tutsi consolidation of power, murdering many and causing others to flee the country. Belgium was the administrative power in the area through the 1950s and took a pro-Hutu stance, leading to even more Tutsi fleeing the country. The discontent, violence and increasing Tutsi exile would continue for more than 30 years until the early 1990s when the Tutsi refugees reached such a number that they began a civil war to reclaim their position in the Rwandan government. Hutus remained in power until the President’s plane was shot down on April 6, 1994. The following day, the wholesale slaughter of Tutsi and moderate Hutus began. It was coordinated, pre-planned process where extreme Hutu soldiers and police systematically assassinated identified targets, creating a chaotic power vacuum. In the following days and weeks, the genocidaires continued their systematic elimination of all Tutsi and forced many moderate Hutus to join in the murdering or be murdered themselves. What ensued can only be described as a gruesome tragedy. Friends and neighbors turned on each other. Whole families, whole villages were wiped out in a few hours. Nuns and priests were often complicit in the slaughter and sometimes surprisingly active participants. The murders were done in a way that not only killed the person but humiliated them along the way – people were thrown in to latrine pits then had rocks dropped on them one by one until they died, bodies were maimed and deformed before being left to die slowly in the streets, children were bludgeoned to death in front of their parents and parents were tortured in front of their children, extreme sexual violence was common. The situation was horrific. In just under 100 days, between 800,000 and 1,000,000 people (combined Tutsi, Hutu, and Twa), were murdered while the world watched. Eventually the exiled Tutsi rebels took control away from the genocidal government. The genocidaires feared retaliation so fled en masse (around 2 million), mostly to what is now the Democratic Republic of Congo, where diseases and squalid living conditions killed many. While some still live there today, many have come back to Rwanda as part of a reconciliation process, but tension still exists.

In the aftermath of the genocide, Rwanda was left to pick up the pieces and try to put itself back together again. Although far from perfect, the progress is impressive. Rwanda remains challenged by it’s past, but is slowly coming to grip with it. Courts established soon after the genocide to hold the perpetrators accountable suffered from extreme inefficiency and obvious bias, but in an effort towards reconciliation, lower level offenders were often sentenced to community service work rather than prison so that the country could rebuild. Stories of what happened during the genocide are documented so that they would not be silenced by fading memories yet stories from the Hutu perspective are not included as part of the entire story. Out of necessity, Rwandan women gained a larger role in society but this was simply because they survived. It is estimated that women formed about 65% of the post-genocide population so they had to take on more responsibility out of necessity, not a cultural shit. One problem for many of the surviving women, however, was that they had little knowledge or education for life outside of the home. Nearly 30 years later, even professional women in Rwanda are still expected to do all of the ‘woman’s work’ and cater to their husband’s needs in addition to their professional role. Also, the country is still largely dependent upon foreign assistance which began to flow in just after the genocide, but this Western influence has also provided the motivation for more robust and progressive policies like the plastic and second-hand clothing ban. What appears to be a remarkably progressive stance may be less the expression of an actual cultural shift than it is a compulsory acquiescence to obtain Western funding.

Learning about the 1994 Rwandan genocide is a moving experience and essential to understanding how the country became what it is today. It also helps put in to perspective how genocides have occurred by various groups across the globe yet have key elements in common – the extreme polarization of a population with demonization and dehumanization of the ‘other’ group, organization at very high levels, an unwillingness of other nations/powers to ‘get involved’ unless they are directly affected by, and the underlying fear or discontent which provides the emotion necessary to consider carrying out such atrocities.

When we first arrived in Rwanda, we were blown away by its organization, infrastructure, and socially progressive policies. It wasn’t until many weeks later when I really began to think about how the country got there that I realized that there is much more to consider than is visible to the casual tourist. Yes, it is very clean and water is largely safe to drink. Rwandans have made care of the environment a priority. Yes, women make up a larger proportion of legislators than any other country in the world but those same women are also expected to maintain all of the traditionally female responsibilities in their household, even if their husbands do not work. They also took on those roles out of necessity, not because the populace saw the value of a larger female presence in government. Yes, they have banned plastic bags and mass importation of second hand clothes but the reasoning may not be as altruistic or progressive as it initially seems – after all the president is still the same guy who took over immediately after the genocide in 1994 and has consolidated his power more with each passing year. Rwanda is a beautiful country with beautiful people, but it’s still complicated.

2 responses to Learning About a Genocide: Rwanda