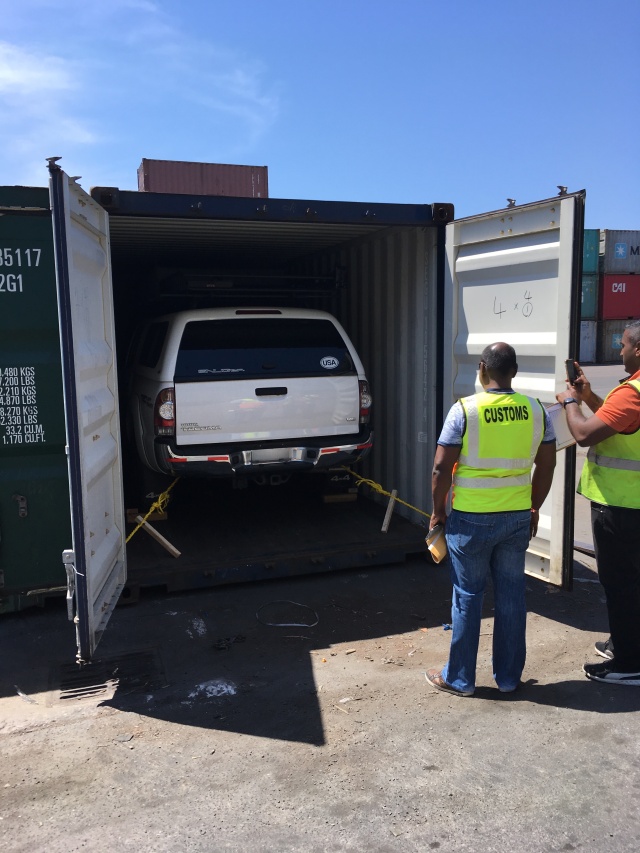 Leaving Madagascar, our life was impacted by three biblical events – a plague, a flood and a tempest – within 24 hours. After braving two hours of traffic in Antananarivo, we arrived at the airport only to be told that our flight had been cancelled because of a suspected case in the Seychelles had been traced back to Madagascar’s outbreak so they were no longer allowing entry from Mada. This meant that we were to be rerouted directly to Durban, our final destination. Just as we sorted out our arrangements for an early arrival in Durban, we were informed that there had been a freak storm two days earlier. The wind and flooding had knocked the power out at the home where we were to spend the week. The power company had come out twice but the power was still not on. Our host offered to cancel our reservation and let us find alternative lodgings but we really didn’t have the energy to do that so we opted to stay in the home without power. Additionally, the wind associated with the storm had wrecked havoc on the port, one of the busiest in all of Africa, turning two cargo ships sideways in the port mouth and running one aground. 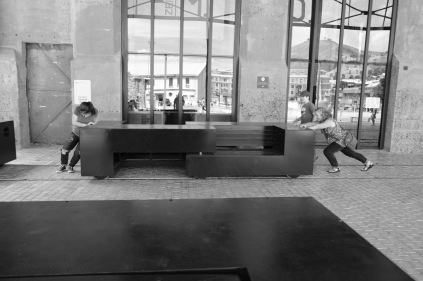 Recovering from these issues backed up the port and caused our truck arrival to be delayed by more than ten days. It was a rough start to our over-landing adventure, but we made the best of the delay by spending a few days catching up with our friends Cape Town and getting ahead on school work. 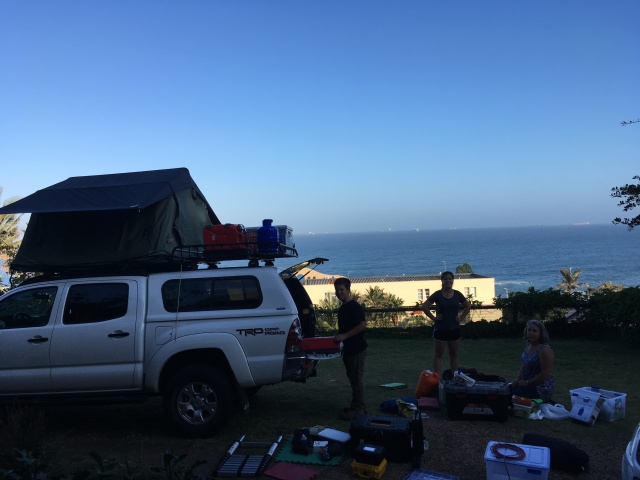 Once our truck cleared customs, we immediately headed for Mozambique, relieved to finally have Olaf and all of our stuff. Since our truck is a US build with the steering wheel on the left side of the car, it draws curious and disbelieving looks frequently. Many people, mostly men, ask about the differences between our truck, a Tacoma, and the African stalwart, the Hilux. The differences are minimal but still enough to be a novelty and prompt discussion. We had originally planned for five days visiting game parks in the coastal north of South Africa, but had to shorten it to only an overnight stop because of the shipping delay. Still, we were able to see hippos, giraffe, elephants, rhinos (including an up-close and personal encounter!), zebra, antelope, and lots of other wildlife. 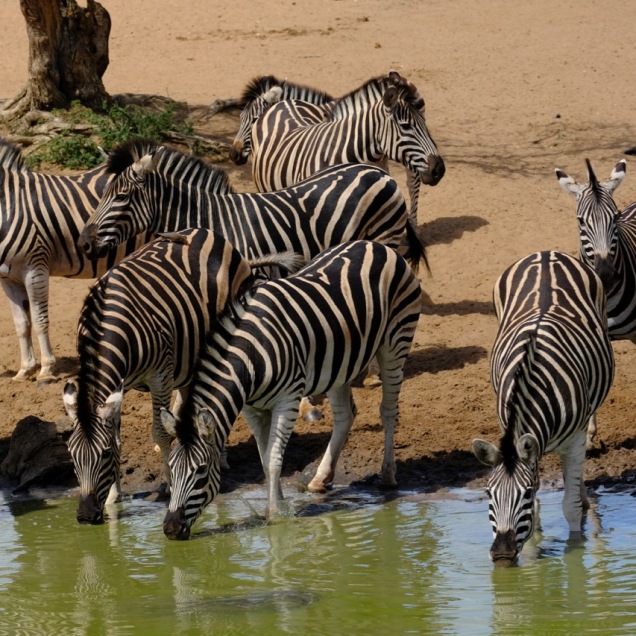 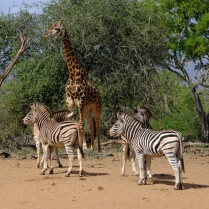 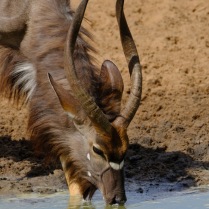 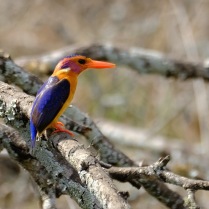 Many people had warned us that Mozambique was “not at all like South Africa” and that the travel would be much more challenging there. They told us horror stories of corruption, bad roads, unhelpful locals, scams, difficulty with the language (Portuguese) and a myriad of other dangers which abound. Prepared for the worst, we were pleasantly surprised at the ease of travel we encountered. The boarder crossing took less than 30 minutes and happened without a hitch. Taking a car across international borders is a bit more complicated than simply having a passport stamped as there are import taxes, local insurance which needs to be purchased, and differences in safety features/equipment necessary. For example, in Mozambique, a vehicle must be equipped with two bright green or yellow reflective safety vests to be worn in the event of a break down and carry both a fire extinguisher and red reflective triangles of a specific sizes and types. All international cars must have a two-letter, oval “Euro” sticker which clearly identifies their country of registration (ours is “USA” which is technically not compliant but is close enough). We, more specifically Mac, had spent a great deal of time researching the various requirements for all of the countries we plan to visit so had acquired all of the necessary items. Despite our build up of both equipment and anxiety about the process, it went very smoothly and the customs folks never even looked at the truck! 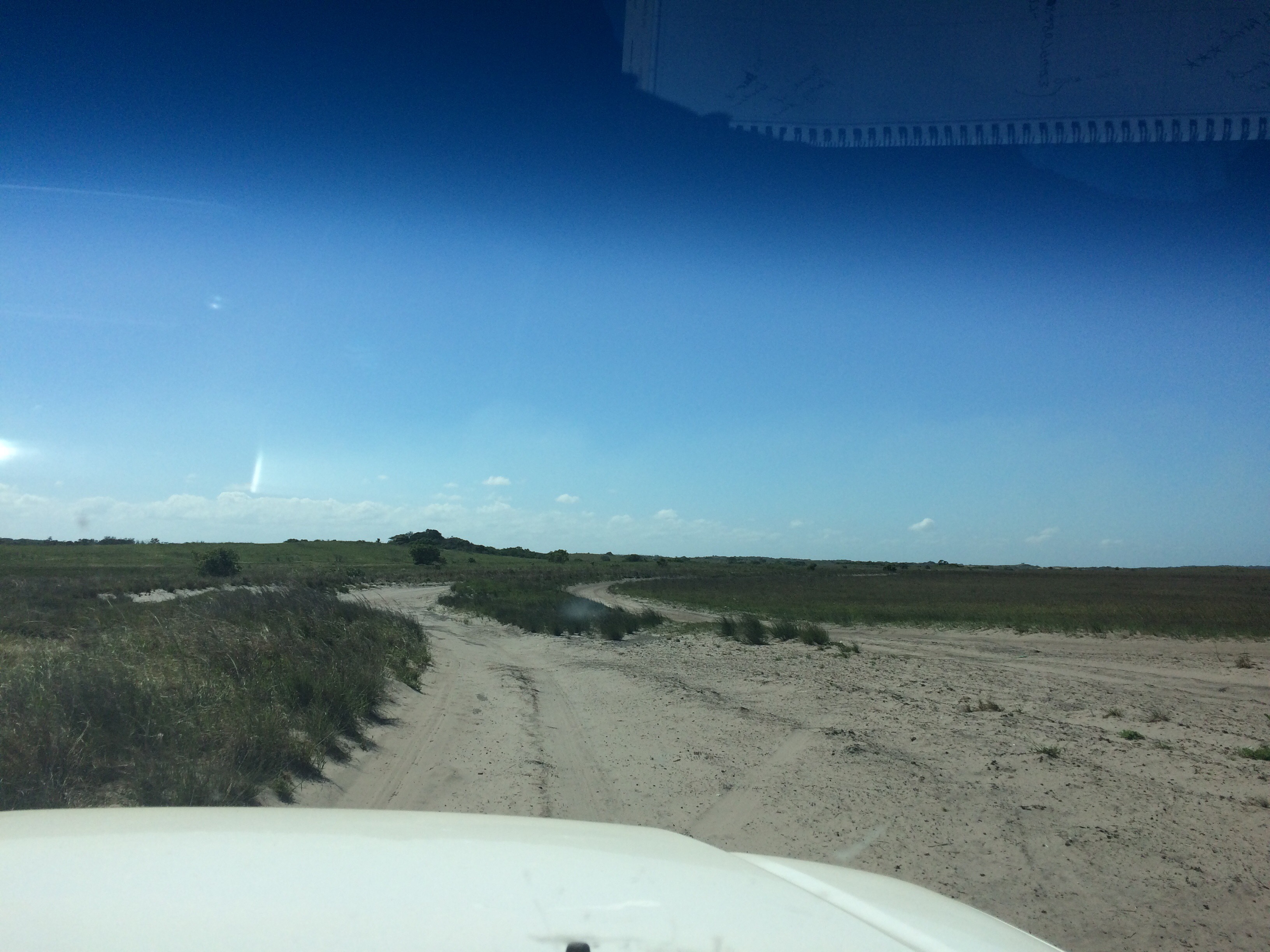 An acquaintance very familiar with travel in Mozambique said that the differences in infrastructure will be obvious as soon as you cross the border. This ended up being the understatement of the year! Quite literally, the pavement and structure of South Africa ends at the border gate and disperses in to several very convoluted sand tracks across an open plain. No longer are there road signs, curbs, pavement, or any suggestion of order. Armed with a paper map, our GPS app, and a Portuguese phrasebook, we immediately got lost. There were five different roads in front of us but both the map and the GPS only showed two. Not sure which road to take, we chose the most traveled one only to have it end in a few hundred meters. We doubled back and chose a different one which ended up heading in the opposite direction of they way we wanted to go. Without anyone who we could ask for directions, we chose a third road which also ended up heading in the wrong direction. Just as we realized our error, a man in fatigues suddenly appears out of the bushes whistling us to stop but upon seeing us, asks in perfect English, “Where are you going?” When we reply, he points us in the correct direction and we head off down a deeply sandy track. After several kilometers, the sand becomes more firm and the road more obvious. 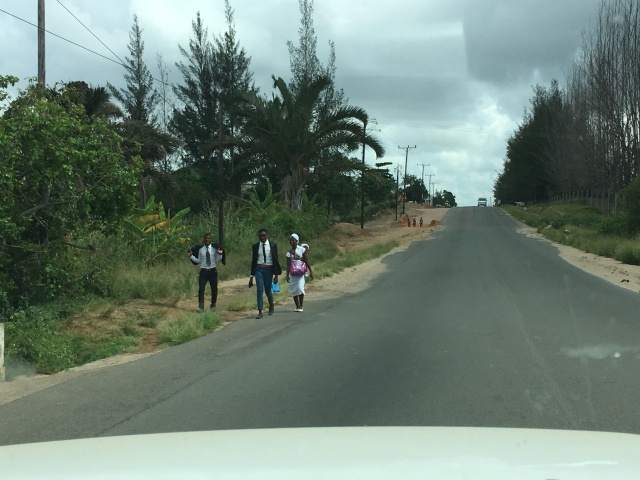 There is a great deal of Chinese investment in the infrastructure of sub-Saharan Africa. One of these projects is a main road between Kosi Bay and Maputo. Although not yet complete, the upgrade makes traveling this way quite easy so we reached Maputo in a couple hours.

One of the decisions to make when traveling through Maputo is whether to take the ferry which crosses the river and allows follows the coastline north but risk delays or to take the ring road around the city thus adding many kilometers to the journey but avoids endless waiting to get on the ferry. We had decided to take the ferry. Arriving at 3:30pm, we thought that were were plenty early to make a crossing before dark as the actual journey only takes 15-20 minutes. Even though we would not make the next ferry, we were probably 30th in line and they only fit 20 cars per ferry, it would only be an hour or maybe two hours maximum. The ferry dock is a lively place – the streets are lined with outdoor stalls, open-air bars with music pumping at top volume, hawkers peddling cashews and coconuts, money changers, SIM card salesmen, and throngs of people milling about on a pleasant Saturday evening. There were noticeable waves people every 15 minutes or so, flooding through and around the line of waiting vehicles, as the smaller passenger ferries disgorged their human cargo. 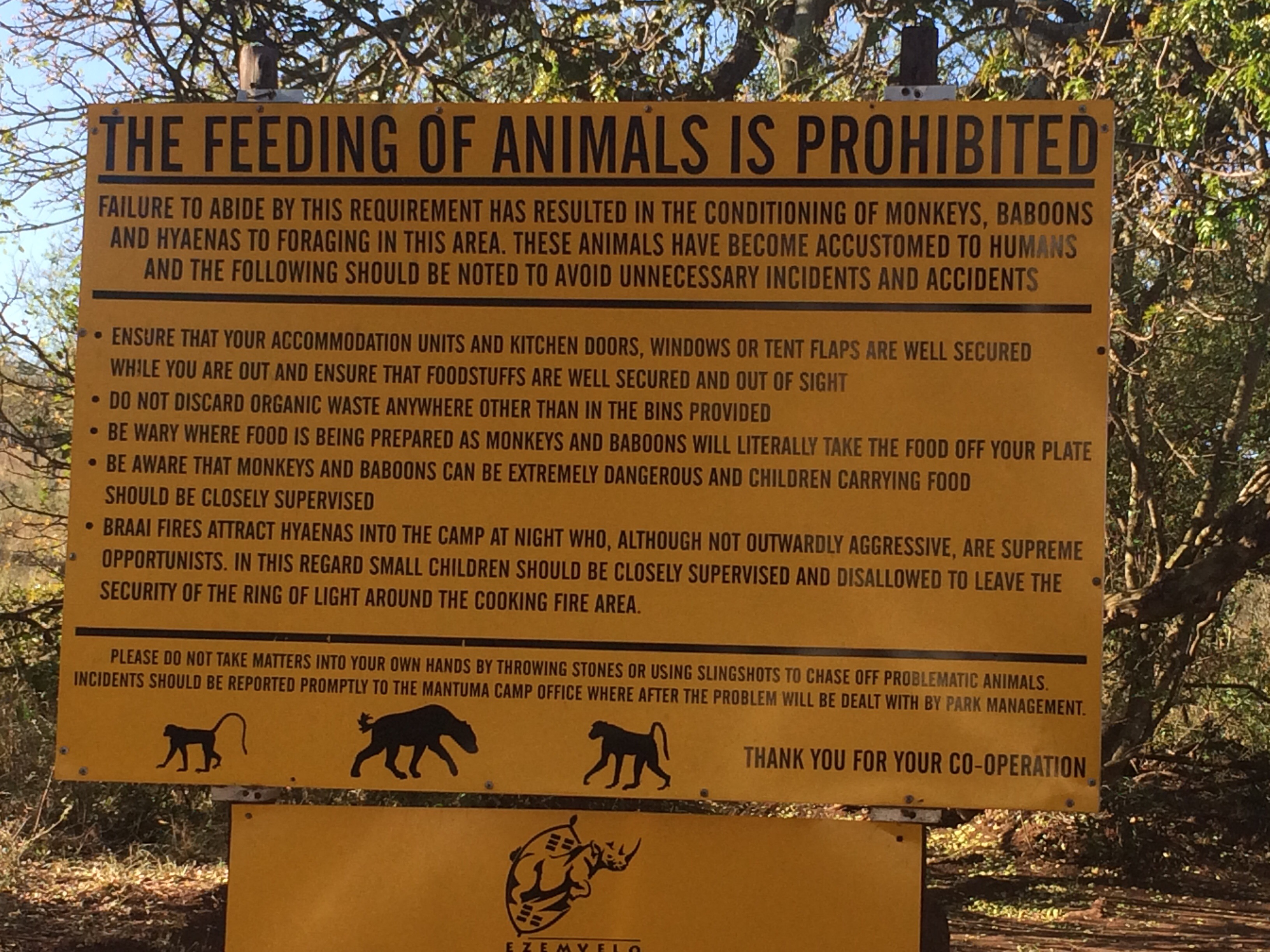 Four hours later, the sun had set, the full moon had risen but we hadn’t moved an inch. As it turns out, the single remaining vehicle ferry had broken down and was being repaired. We were now worried because every blog, guide book and traveler warns that you should not to drive in Africa after dark. Here it is our first night on our own and we are breaking that rule! I explored options for staying in the town where the ferry starts or just on the other side in downtown Maputo, but there was nothing suitable for a family with a big truck. The closest place we could find was about 30 minutes north of the city, but down a 4×4 trail we would have to negotiate in the dark – definitely sub-optimal but perhaps a necessity given the situation. Not knowing when we would actually be able to cross the river, we waited….and waited…..and waited. 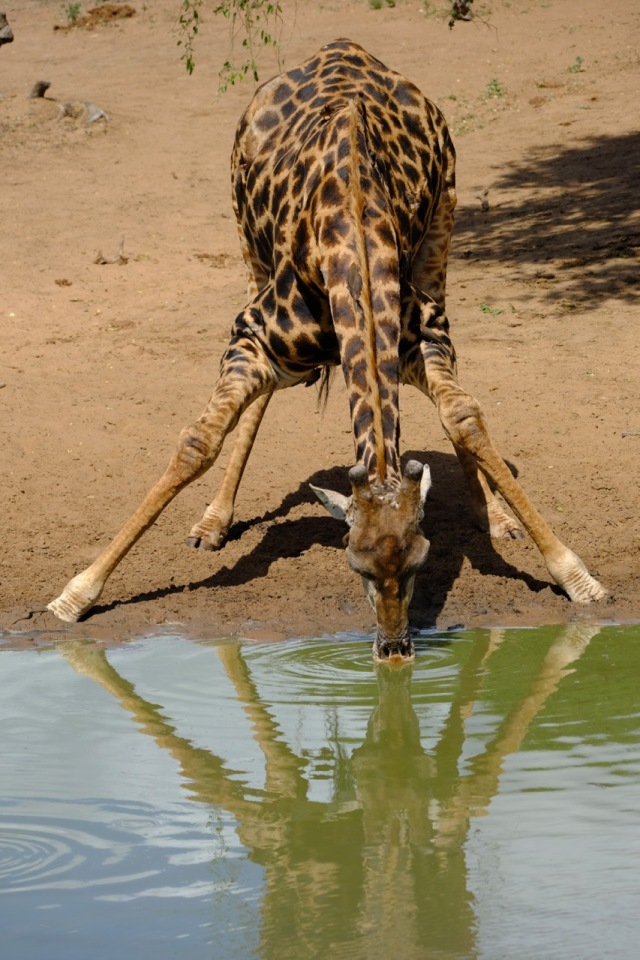 Four hours later, the ferry was fixed and the line of vehicles inched forward. Along with probably 200 people, 20 or so cars were packed on the rusty barge and set off under the full moon. Although the waiting is frustrating, the actual experience of crossing on the barge was magical. Vehicle passengers stay in their car while walk-on passengers fill in every possible empty space between, in front of, on top of and behind the cars, leaning up against the car or sitting on a bumper. Even the ladders to the bow of the boat are chock full of people hoping to get a little fresh air. From somewhere off of our right side, we can hear a group of passengers drumming and singing. Just to our left, a group of probably 10 middle aged men and women are chatting excitedly in Portuguese and laughing full-belly laughs. We see a group of 20-something young men doing shots of whisky straight from the bottle but all in very good nature. The moon is lighting up the skyline and new bridge being built. Several men ask Colburn about our truck – what kind is it, what are the specs, how did we get it to Mozambique, how much does a truck like this cost in the US, where are we going, etc. We noticed several people taking “selfies” with our truck – all with very macho poses as if the truck was theirs. Other than the Portuguese couple in the car next to us, we are the only white people on the entire ferry. The combination of being in a place so utterly different on such a beautiful night made any concern we may have had disappear for this is why we travel. Unfortunately, we did not get a decent picture of the scene but it is etched in our memory as a highlight. 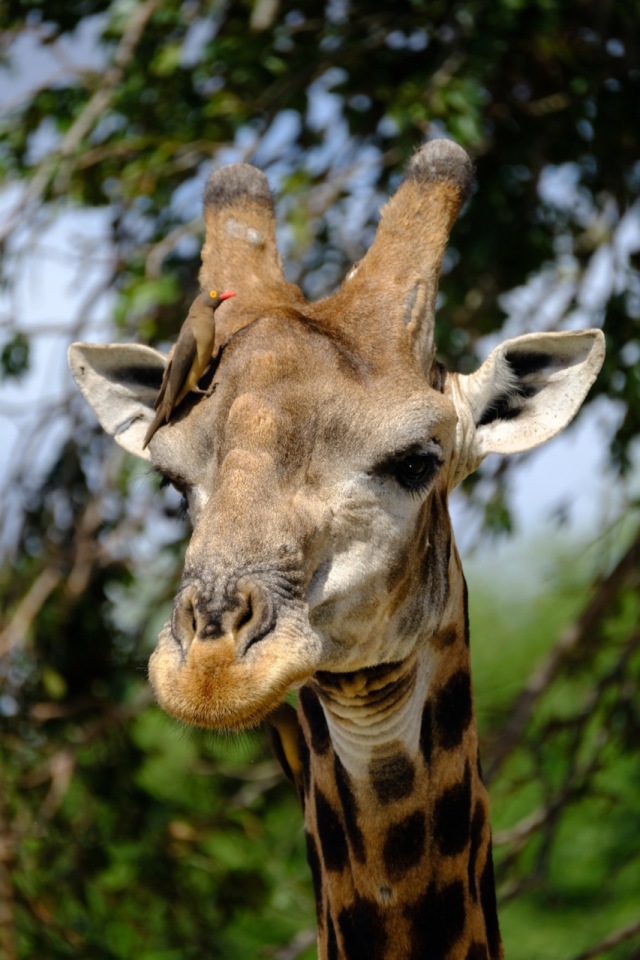 We drove off of the ferry around 8:30pm, well after dark. The roads north of Maputo are tarred and in good repair so there were no problems getting out of town. Armed with my Portuguese phrasebook, I called the closest camp ground to see if we would be able to check in after 9:00pm. The man who answered replied yes, but to be careful as the road is a 4×4 trail so would be difficult to navigate in the dark. Colburn’s excellent driving skills got us to the camp without a problem, the camp host was waiting up to show us where to park, and we made dinner and went to sleep happy to have successfully negotiated our first day over-landing with just a map, an app and a Portuguese phrasebook. 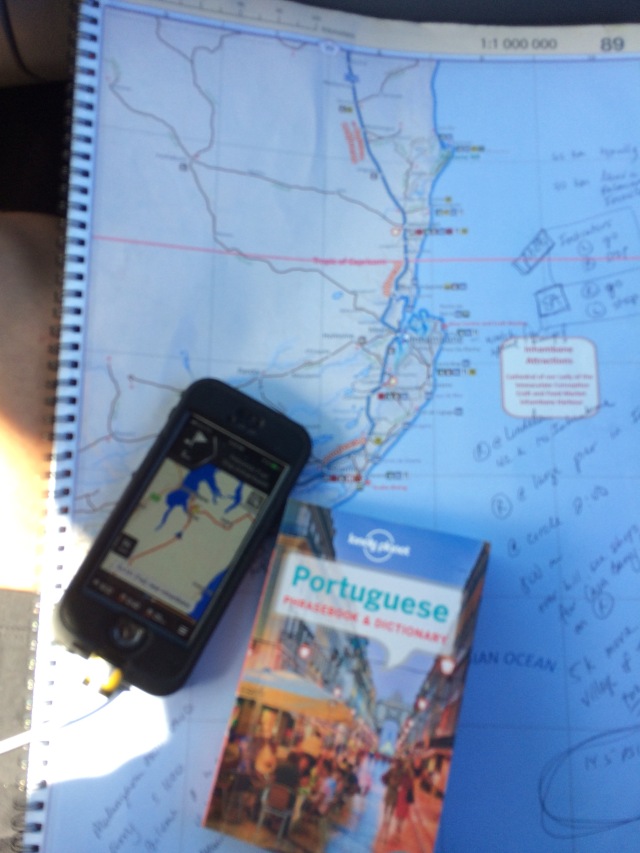 2 responses to A Map, an App and a Portuguese Phrase Book: Getting to Mozambique