We never really planned on coming to Scotland, it kind of just happened. One morning in mid-April, I was scrolling through my favorite cheap flight booking sites and found a $69 promotional fare from cities on the East Coast to Edinburgh. I looked at Colburn and said, “What do you think of starting off in Scotland?” He thought that it was a grand idea! Besides, it is much easier to get flights to Africa from the UK than it is from the US and we had 8 weeks to wait while our truck is en-route to South Africa, so early that morning, I booked four of us from Connecticut to Scotland for under $300. Of course, as is true for many discount airlines, getting reserved seats and baggage fees upped the price some, but we still were able to fly comfortably across the Atlantic for under $500. 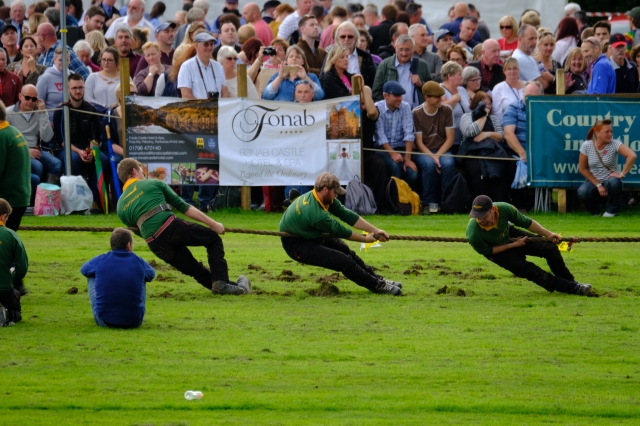 With our reservations booked, Colburn went to work planning our itinerary. As it happened, the last Highland Games of the summer was scheduled for the day after our arrival and the last military tattoo for the following day! The timing could not have been better. After taking in the sights of Edinburgh on our arrival day, blearly eyed and jet-lagged, we drove two hours north of Edinburgh to Pitlorchy to watch the games.

The day was beautiful – big puffy clouds threatened rain but revealed intense sunshine instead. The action was non-stop from the moment we arrived. The pipe and drum bands were parading through the field as we walked up and passed within an arm’s reach of where we stood. The sound was intense – each band had probably 20 pipers and eight or ten drummers. Mac’s face was aglow with excitement as he has a love of both the bagpipes and drums. Seeing kids his own age and grey haired elders all marching together clad in kilts, glengarry hats, knee socks, and tasseled shoes made an impression that will not soon be forgotten. The judge next to us scrutinized their cadence, sound, showmanship and other things we are too naive to know.

To gain a better view of the field, we settled on an embankment with many other attendees. The events all happen simultaneously – kids running races are taking place on the painted grass track while the “heavy” events are happening in the center of the field and bikers are warming up while individual pipers are competing at the far end of the field. It’s hard to know where to watch.

When you watch one event, you miss something in another part of the field. The competition is intense but with humility and sportsmanship. When a race concludes, all participants shake hands and help each other up. The heavy competitors watch and mark each other’s throws while encouraging and supporting each other. Everyone rejoices for an especially good throw and groans in disappointment when a competitor looses his grip.

Young girls compete in dance competitions that require several extreme costume changes. The commentator is witty and the attendees all polite and engaged. It was really an amazing community event to experience. After many hours of watching the endless tug of war, bike races, field events, band competitions, dancers doing the highland fling, running races, hammer throws, and bag pipe competitions, we were beat and headed out to Inverness for the evening.

The following evening was last night of a military tattoo at Fort George, the most fortified armament in Britain, perhaps all of Europe. Built as a display of strength of the English Crown at the end of the Jacobite Rebellion, the Fort is impressive – walls 15 feet thick, several lines of defense, and ancient barracks that are still occupied today as Fort George remains an active military base.

Tattoos are military presentations, often done as fund-raising events, that combine military displays with entertainment and re-enactments. Before the presentation began, we walked around the fort and talked to several active military folks who were explaining various pieces of military equipment. We were able to use the heat-sensitive goggles that help soldiers see in the dark, pick up a typical sniper rifle to feel its heft, see the back of a working Foxhound troop vehicle, and many other items. 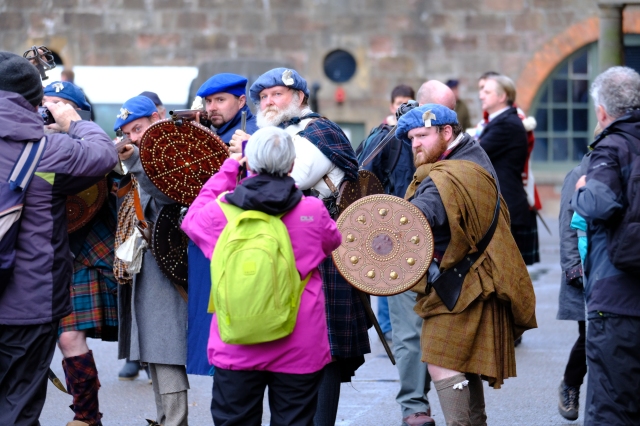 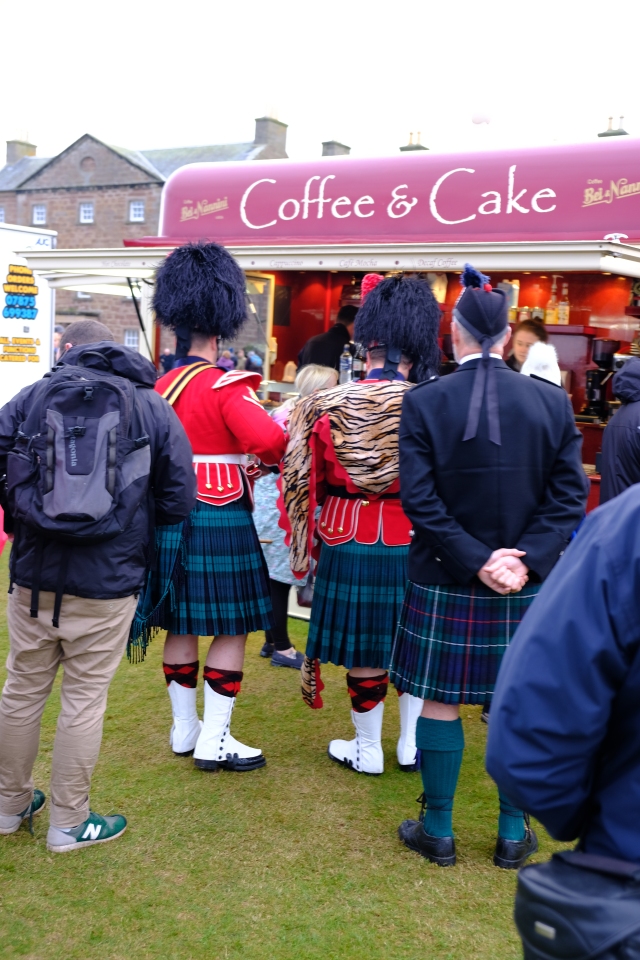 Participants walked around too, many dressed in their period costumes or wearing formal Scottish dress. During the actual event, there were several pipe bands (of course!), a military drill team, a World War I biplane flyover, re-enactments of famous battles from the Jacobite Rebellion to Afghanistan. We were seated just a couple rows behind the Commander, who would stand each time a military unit was officially presenting to him. It was both moving and impressive.

Our initial impressions of Scotland are substantial. The people are hearty, welcoming, and exceptionally organized. The history is immersive – from the lonesome sound of the bagpipes to the wearing of kilts to the pride in the Jacobites of the 1400s, everyone we meet are keen to help us understand their history, their country and their traditions.

3 responses to Highland Games and a Military Tattoo in Scotland